5 movie review handles on Helo App, you absolutely need to follow if you are a movie buff. 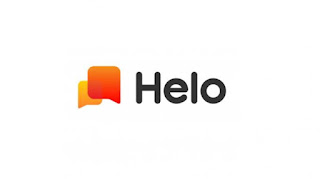 Films can be purely for entertainment, they can be a mirror to the society we live in and much more.
Like books, you must choose your movies carefully. They are an art form after all.
Regardless of the genre it's always better to read up on a film's review before you go watch it.
The reviewing source also needs to be authentic and unbiased.
Social media has done a brilliant job of giving a platform to people for voicing their opinion and movies are no exception.
Helo has lots of handles dedicated to film reviews.
Here are 5 such handles you absolutely need to follow if you are a movie buff.

This handle needs no introduction, it is a part of one of the giants of Indian media ' The Times Group'
With about 359.6K followers on Helo, it has sections dedicated to different aspects of Journalism including movie reviews. The reviews on this handle are crisp and precise. They generally review movies from the Hindi film industry and do a pretty good job of it.
If you are into Bollywood, you must check out the regular movie reviews on this handle.

This Delhi based handle is a part of the news website, just like the name suggests.
It has more than 5000 followers on Helo and it posts very honest film reviews.
Bollywood has evolved and a lot of different movies in different genres are being produced.
This channel can help you choose between the latest released films since there really is no dearth of new films being released in Bollywood.

This handle has quite a fan following on Helo.
With 44 K followers, it is evident that a lot of people get their entertainment news from this handle.
Apart from bringing the latest news to your mobile screen, they also bring you quality film reviews of the latest and even old blockbusters. The reviews are generally honest but can be little condescending, which is good for the viewers. Check out this handle to know about Bollywood and movies.

This massively popular handle has over 164.7 K followers on Helo and he has a prominent disclaimer which states that he is not a critic but an entertainer. He makes self-starting video's which includes parodies, listicles, and other similar content. Laced with humor and criticism the videos are highly entertaining.

This movie reviewer is quite influential with bout 140K followers on Helo.
His handle is full of the latest film reviews done in a hilarious way and other content related to entertainment. He is quite active and the views of his video often exceed his number of followers.
It's a very promising handle that is bound to grow this coming year.

If you want to stay updated about the latest Bollywood movies and Indian Cinema in general, you should follow these accounts on Helo. With so many new films releasing every year, it is good to know what movies in your genre of choice are worth the time and effort.

It is a great idea to have these Film Review handles in the Helo App. It is so convenient to quickly check out film reviews even on the go.After all it is prudent to get an idea about the films before investing time on them.

Amazing and insightful post. Thesechannels or handles on Helo will keep us informed about movies. Daily dose of entertainment are best suited through these creative handles on Helo App.

Wow now it's easy to access the honest movie review at the helo app. Would love to follow them soon .

I am an absolute movie buff and I like to know the reviews of movies by different people. Thanks for sharing this list.

I haven't used helo app till date but now I feel I am missing out on a lot by not installing it. Thank you for sharing this information.