Why I Loved The Series Dirilis Ertugrul

Dirilis Ertugrul is one of the most famous series worldwide.

Staring Engin Altan as the lead role of Ertugrul Ghazi.

The show is set is the 13th century and is about the life of Ertugrul Ghazi ( father of Osman, who was the founder and chief of the famous Ottoman Empire) 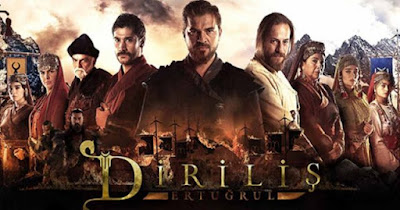 Recently this series entered the Guinness book of records for being the most-watched series all over the world and is being translated into several languages. 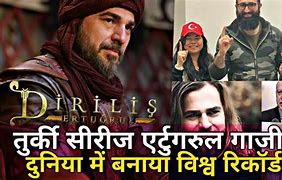 I have heard and read a lot about it, so finally thought of watching it :)

It has 5 seasons and I am watching the fourth season now, completed three seasons, and now can describe it well.

In season one Ertugrul is shown as a son of a Tribe leader Suleman Shah.

A brave warrior and an honest person, he saves the lives of Price Noman of Seljuk State along with his son and daughter Halima Sultan.

Later on, he gets married to that Seljuk Princess Halima Sultan.

He faces all problems that arise because of helping Prince Noman but he tackles them with intelligence and bravery.

He was an obedient son, a brave warrior for his tribe and country, and a strong person who fights against wrong and injustice.

Season 2  is based on the fight and attack by Mongols, and how Ertugrul and his tribe tackle all those problems along with finding and punishing the traitors in their tribe.

He always stood for justice and fights for the welfare of his people.

Season 2 is a bit long, at the end of it once they are done with punishing the Mongol attackers, it is shown that they migrate to the Western border of turkey that's the  Byzantine-Seljuk border.

He is accompanied by his wife, mother, his close friends, and people who believed in him.

Some stayed back as they didn't wish to migrate to a new place ( that included two of his brothers too).

Season 3 is how he dealt with problems at the new place.

He deals with the Cavdar tribe, which was the most powerful tribe in the western region.

Then fought to win the Karacahisar Castle to make it a part of Seljuk state.

The series is long with all seasons having around 80-100 episodes.

And I don't think I can do justice of describing it in so short.

But I would surely like to pen my views why I loved this series :)

* It's a part of history. It's not complete fiction.

Though few things have been added most of the things shown are real.

And I really wanted to know details about the famous Ottoman Empire.

* Ertugrul, his parents, siblings, wife, friends all are strong characters.

People who were loyal to their tribe and country.

They all fought against injustice and tried to make their country more strong and prosperous without thinking much about their personal lives.

* Ertugrul was brave and intelligent. His thinking process was different from others.

He defeated his enemies one by one by both wars and by using his intelligence :)

* He supported his soldiers like anything, treated them as his brothers.

* He had immense respect for his wife and cared about her like anything.

In one of the episodes, it was shown that he was caught by a Slave trader Simko.

( Slave trade was common at that time)

There he found many poor Christians were also caught in a similar way and he motivated them all.

Told them that they should fight back and not accept this slavery.

Finally taught them to fight with sticks and stones and helped them to run away from there :)

When a few of them asked to stay back with him to serve him, he replied " Go back to your home and be with your family" :)

This touched my heart.

He risked his life to save those slaves. And in return asked nothing.

Halima Hatun ( Ertugrul's Wife ) was a Seljuk princess but she happily lived in a tribe with her husband and in-laws. Did work like other women in the tribe.

Always supported her husband in all his decisions.

That makes it an adorable character.

Hayma Hatun ( Ertugrul's Mom ) is again a very strong lady, who always taught her sons to fight against injustice and to be loyal to their country.

Always supported her husband and Ertugrul.

Took care of the tribe in her husband's absence

( Good to see a women leader of that time)

All were brave warriors and were loyal to their tribe, country, and Ertugrul.

One can see a beautiful friendship between them :)

When Ertugrul became Tribe Leader, he did his job well.

Then he conquered that Karacahisar Castle which was very difficult to conquer, that too without taking help from the state army, only with his loyal soldiers from his tribe.

Because of this, the Sultan of that time made him head of that area.

So he was famous, had official powers and rank but he was a down to earth person, helping the poor and needy :)

A caring husband and father, and obedient son, and an adorable friend :)

These all made us fell in love with the character and it's quite inspiring too:)

To be a person of strong character and moral :)

Those who have not watched, do :)

One can watch the translated version to TRT on youtube or the original one with English subtitles.

I prefer watching the English Subtitles one, as that way now had learned a little about the Turkish language.

I am taking my blog to next level with BlogChatter's #MyFriendAlexa.

Oh this isn't my kind of show but hubby will definitely love it. He was wanting to watch a new show after Mirzapur.

I've heard a lot about this series. I love to watch this types of shows. Would definitely watch this.

I was not aware of this series but it is always nice to come across promising international shows. Thank you for sharing! I will check it out!
Noor Anand Chawla

Wow... so many new episodes..
I usually not watch series..but would definitely watch as all recommended by u

Never heard of this turkish series, but its nice to watch international shows for a change, thank you for letting us know about it, will check

The Turkish series sounds really unusual. Good to know about this, will check it out, sounds interesting.

I haven't watched this show but I love history, so I really want to watch it! Thank you for sharing about this!

I am so intrigued to tach this after hearing your thoughts on this. I like exploring different genres of shows. Thanks for sharing this.

Ahannn !! Nice and interesting show. Whatever the plot is my love for Turkish series is never ending.
Thanks for letting me know about the show.

I love turkish series. I love watching Yemen, Pyar lafzo mei kaha and day dreamer. Will add this to the list

I have heard a lot about Turkish shows but sadly have never wstched any. I think i will debut with this one only.

Im so excited to watch this Turkish series. And also your post is on the point. Thank you 👍🏻

wow I am pretty disappointed with myself that how could I miss out on this so popular series. I am today itself downloading the first season for sure.

I love such kind of shows and I have also heard about this from my friend. I will watch out for sure.

I've heard a lot about this series. I love to watch this types of shows. Would definitely watch this.

How I Won A Car From Adytude.com